The following contains a series of benchmarks and comparisons of Lorikeet against a variety of other tools. These benchmarks are based off of the benchmarks performed in the inStrain paper.

The first benchmarks involves the use of the ZymoBIOMICs microbial community standard samples generated by Olm et al. Each sample represents a technical replicate of the same microbial community, as such the distribtion of variants found within each sample should ideally be identical. That is, a variant found in sample 1 should also be found in sample 2 and 3. Additionally, the dominant allele in each sample should be identical. ANI values were calculated for each tool by Olm et al. and conANI and popANI values were generated by me for inStrain since the original paper did not provide the conANI values for inStrain. Lorikeet also generated conANI, popANI, and subpopANI for each sample and each genome. ANI values close to or at 1.00 are ideal, as that means that the same set of alleles was found within each sample. The results are as follows:

Another point of comparison for these tools is the time it takes to completely run the algorithm workflow (sans read mapping). To analyze this we compared the time taken to profile or call variants on two of the ZymoBiomics reference genomes across all three samples for inStrain, GATK HaplotypeCaller, and Lorikeet. Each benchmark for each tool was performed five times and no external tools like GNU parallel were used. Since only one BAM file could be provided to inStrain at a time, the results for a single benchmark were the cumulative time taken to analyze all three samples. This is fair since the other tools could be provided all three samples at once without any hassle from the user. 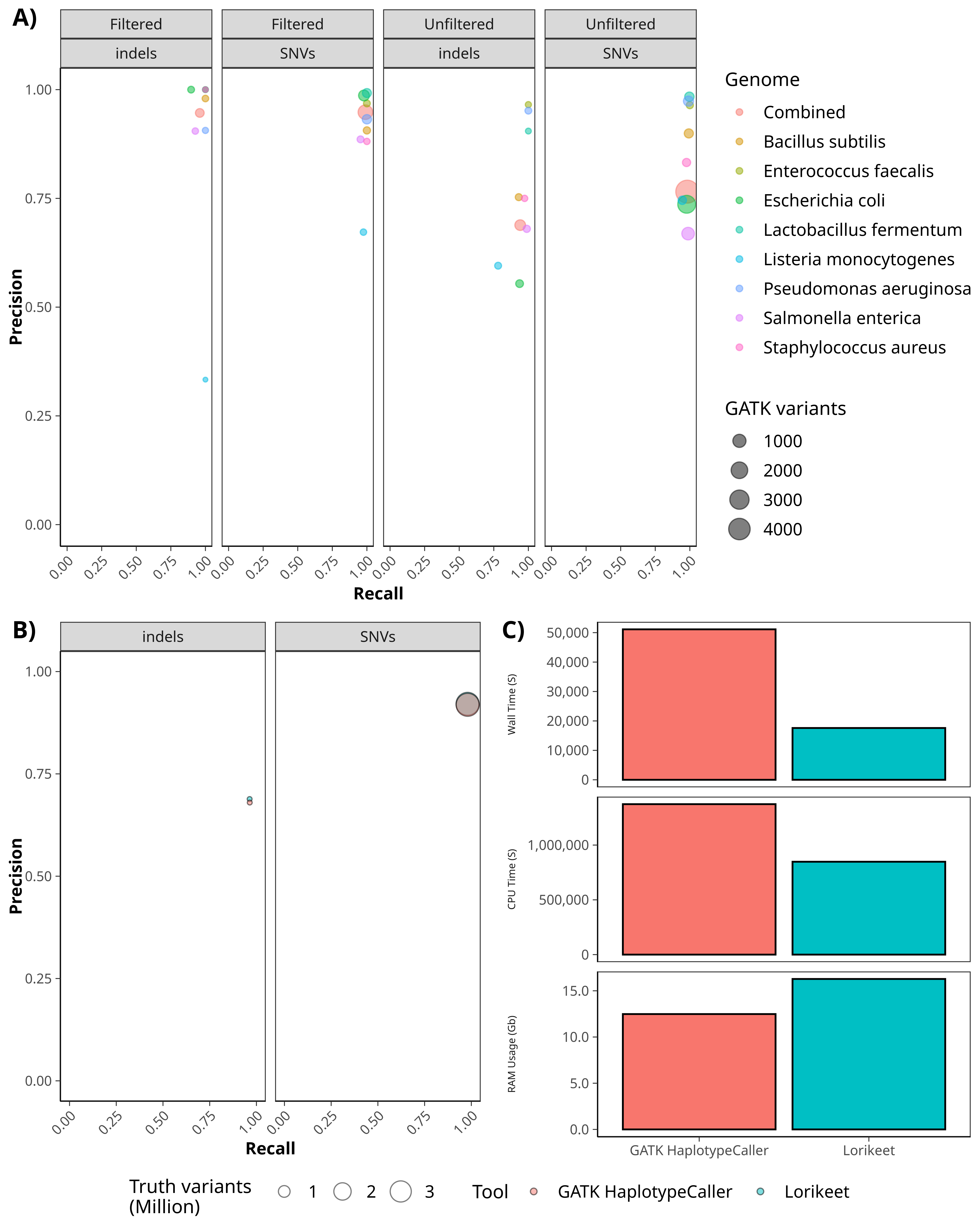